Put the Titan’s Telegraph Key in your arsenal for weapons-grade thumb and finger strength.

Get the advantage of training your thumb and four fingers through the full range of motion. Minimize overuse problems such as tennis elbow or discomfort associated with playing a musical instrument.

Load up the 5″ loading pin with standard plates (not included), put your thumb on one handle and any combination of your remaining four fingers on the other handle, s-q-u-e-e-e-z-e . . . and get strong.

As you start training with IronMind’s Titan’s Telegraph Key, you may feel that some of fingers are

is twice that of the ring finger and pinky. (1)

(by Edgar Mueller), which describes some of the grips that Hermann Goerner used for his deadlift training. (2)

Within a framework of partial grip training there are at least 20 possible hand positions on the
Titan’s Telegraph Key. For each of the following 10 finger combinations, you can grab the Titan’s 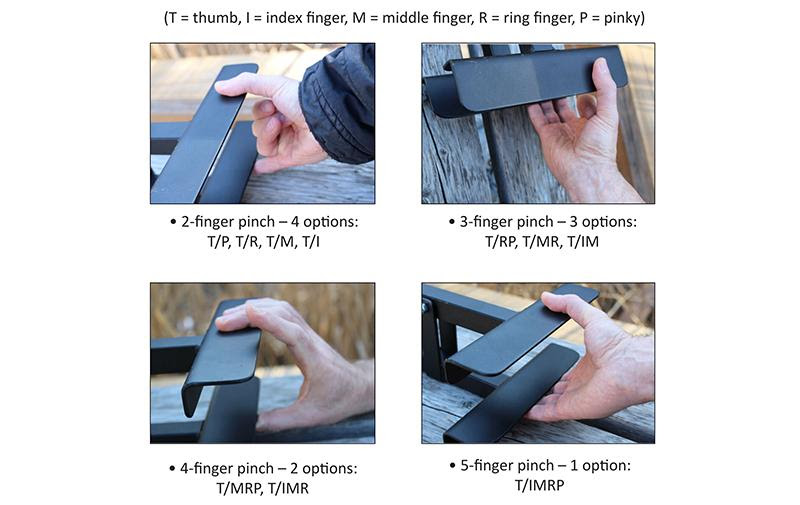 By initially focusing on 2- and 3-finger pinch, you develop great control of the fingers. And because
the loads are naturally lower, you gradually develop the tolerance of the skin, bones and ligaments. Alternate the two workouts below every 3-4 days until you have improved your loads by 20-30%.